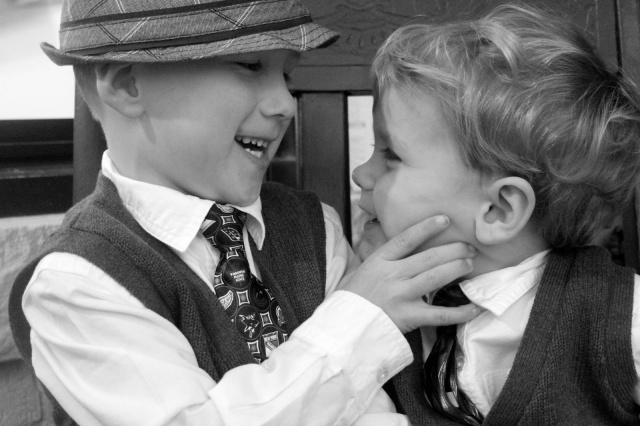 A lot has happened since my last update, and when I say a lot, I really mean a lot. So, let me skip the unimportant and start at last Thursday. It was a quiet day, the kids were at school, I enjoyed a walk in the beautiful spring weather to go downtown to give blood. Lightheaded I made the trek home and then to get Kaleb from school. When I got there I found his class in the park behind the school, everyone was playing but Kaleb was lying down on the bench (totally not his normal behavior! The teacher spoke with me about how he has been very tired lately (something I had noticed as well at home). We started the walk home and Kaleb began complaining that his side hurt when he took a breath. I became concerned and after further questioning I decided it would be best to take him to the ER to have him checked out.

We got there and he had a whole bunch of tests, they took blood to test for everything from signs of cancer to infection, he had X-rays to look for pneumonia and an ECG to check his heart. It was decided that his symptoms must be from his asthma. After a lot of asthma meds (the kid was jacked up!) we were sent home. We had to go back to Sick Kids on Monday for more lung function tests so I had Kaleb home from school yesterday. Josh was up most of Sunday night with a bad cough so he too was home and headed to his Grandparents to look after him. At about 8:30 am I had a phone call from the doctor in the ER. Kaleb’s ECG results had come back from cardiology and the results were abnormal, she wanted us to get a referral to a cardiologist from our family doctor and have a follow up as soon as possible. Now, I don’t think I need to share with you the panic that those words raised in me, not after everything we have seen Josh go through with his heart, not after there were concerns when I was pregnant with Kaleb… my brain shut down and the only thing I could think was ‘I can’t do this again’. There was NO WAY I wanted to wait for an appointment with our doctor to get a referral to a cardiologist, the idea of sitting on this information actually made me want to vomit. I immediately wrote to Joshua’s cardiologist and asked her for advice and within minutes of hitting send my phone was ringing and her voice was calming talking to me while I tearfully asked her what I should do. This woman, I need to mention, is a godsend! I have loved her and admired her for a long time now but yesterday she made me believe that she has wings and may actually be an angel. She said she had seen the ECG herself and thought of us because of the last name but she wasn’t sure what Joshua’s brothers name was. She then told me to bring him to the cardiac clinic right after his lung tests and she would personally oversee his follow up. No need for a referral, no need for red tape..See why she’s so amazing!? How without yet praying, God answered the prayers of my heart?

We did the lung tests and then went to 4A to get a new ECG and speak with our cardiologist… turns out that his new test was normal, that the results from the ER one were probably skewed because of his asthma and that if the fatigue continued we should see the family doctor to figure out the root cause, but (and this was the most important part – it’s not his heart!!)

Breathing is something we take for granted… but let me tell you, the first breath after you have been holding it all day is such a beautiful thing.

This morning, I finally got the call I have been waiting for. Joshua’s catheterization was been scheduled. Quite possibly one of the worst days in April though, it’s a day that I had a very important school meeting scheduled for Josh’s transition to PS, and it’s Tim’s and my anniversary… and it’s also the day BEFORE my parents fly home from Wales. April 28th.

As a side note – it was 7 years ago this Friday that Josh went in for his second catheterization – with this same surgeon – just four days before our first anniversary. That was the day that Josh had his stroke.  (trying really  hard not to dwell on the similarities)

So, tomorrow we head to Sick Kids for Josh’s eye surgery pre-op (no date for that yet) and then on Thursday I take him for his pre-cath.

I know that anyone reading this is and has been praying for a long time for our little guys, and I know I don’t even need to ask you to hold our family up before God again in the coming few weeks. As mentioned this is the first time Sick Kids will be placing a valve (the melody valve) in this position on a child. (It has been done before… just not by this surgeon and not at Sick Kids). Being the first at something is great but as you can imagine it’s totally less than ideal in situations like this. I am absolutely terrified if I am going for totally honest here. Due to to Joshua’s small size (as opposed to adults) they will be going through his neck which I understand heightens the risks of strokes. Again, if I am going for honest… this is one of my greatest fears surrounding this surgery.

That’s it for now. I will have more news after the pre-op on thursday Im sure.