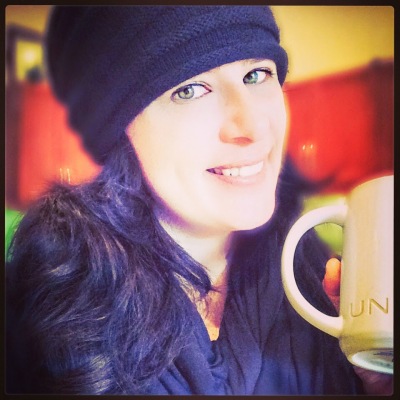 So, I try really hard to not post anything political on this blog, I much prefer to keep it about my faith journey and how being a mother has taught me about how God loves me… and yet… here I am, about to post something VERY political.

For years now I have listened to countless people go on about ‘freedom’ in our country; both of my Grandfathers fought for the very freedom they speak of. The freedom to choose if you will keep your child or not, the freedom to choose who you will or will not have sex with, the freedom to vote for any party that suits your needs, the freedom of religion. I am not against freedom, in fact I believe strongly in freedom and I love that I come from a country that is blessed to be free, when so many others aren’t. I don’t take that freedom lightly… but I am noticing a trend, a trend that is threatening my own freedom; and it’s that trend that I want to talk about today.

As a Christian I stand by my Biblical belief system, it’s given my reason to hope, reason to fight, reason to believe that anything can be made good, reason to long for the future. I asknowledge that this isn’t everyone’s faith, nor do I wish to jam it down your throat. Would I like it if you became a Christian? Yes. I am not going to lie to you on that one. I would love to see you choose Jesus as your savior but it’s not up to me, that is between you and God. I believe that we all sin… yes, I said the sin word!! I believe someone who cheats on their spouse sins, I believe someone who lies, cheats, steals, is self righteous, gossips, is slothful or gluttonous, or (well you get the idea) are all living out sin, because I believe that we are all sinful in nature. Do I hate you if you cheated on your spouse? Ate 5 helpings of that cake? Gossiped about the neighbor? Stole from the local store? No. I don’t hate you. I might not like what we do, I don’t like the sinful areas in my own life either (and there are many) but I don’t hate you and I don’t hate myself. Neither does God. God chose a murderer for the line of salvation!

Do I have a right to have those opinions? YES. It is my right, my freedom under the law of Canada to have the freedom of religion, the freedom to disagree with you so long as I don’t do you harm.

So, the trend that is bothering me lately… and I mean really bothering me… is the notion that if I don’t agree with the ‘general’ population then I am a ‘hater’, that I am the one infringing on your belief system. I don’t understand this really… by saying ‘I disagree with you’ you hear ‘I hate you?’. I don’t, nor have I ever done or said ANYTHING that would merrit you thinking that I would.

The Law society of Ontario has now banned students who graduate from a Christian law school from every working..really? Because they signed a covenant of their choice saying they would ‘personally’ uphold it (not enforce it on all of society?) It really doesn’t matter who they are? They disagree (and what they believe/agree with is not even in question because they are being looked at on a very general platform – if you graduate from the school, you can’t practice law) with a general view that society holds close and so without discussion they are being BANNED… this is reminiscent of the Nazi’s and the Jews don’t you think? Am I the only one who sees a resemblance?

Don’t misunderstand  me… there are radical Christian groups out there who DO/Think hateful, horrible things in the name of Christianity, there are also radical Muslims, and radical animal rights people, and environmental groups who DO go around hurting others either with words or through terrorism. I DO NOT AGREE WITH THAT. I find it counter gospel and not at all within my idea of who Jesus is or what his mission was.

In our fight for ‘politically correct’ we have created a culture that says ‘agree or else’ and that…. that is just wrong to me, and goes against what our charter of rights affords me as a Canadian citizen and as a Christian.

I have found myself reading an article, or seeing a post that I liked and agree with and I actually think… ‘I can’t post this!’ Particulary as the ‘pastors wife’ because it’s not ‘politically correct’. That in itself bothers me, because gone is any notion that we have freedom of speech, if fear is censoring what we do, think and say then we are bound to it and not free as we pretend we are.

As a Christian I am just as tired as the mainstream Muslims as being thrown into the pot with the radicals, I am tired of having my words twisted and my thoughts thrown back at me. I worry about the future of our country when legal decisions (the barring of law students to work comes to mind) are based on descrimination of Christians in the name of being ‘politically correct’.

As I have said. I do not HATE anyone…I don’t like everything that everyone does and I include myself in the mix. I believe as a Christian I am not called to say what is comfortable, or do what is comfortable and hence this post. I am tired of hiding behind fear from saying things I believe, no matter what they are. I also know that God told me to LOVE everyone as I would love myself, he didn’t call me to judge, he said he would do that for me.  BUT, if I disagree (as we all do at times) I would hope that it can be received in love and possibly open a discussion not a fight, I would hope that my mind can be open to hear what you have to say and that yours too can be open to hear my views, without judgement, without fear, so that we can all learn, all grow, all live into this amazing freedom that we have been blessed with. It’s not a right as some might say, it’s a privilege that not many have in their own countries. Let’s not kill ours too.