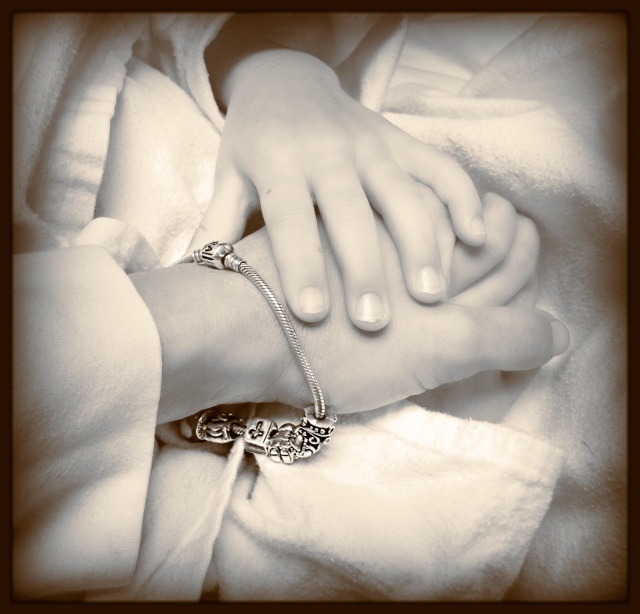 I was looking at Facebook the other day and I saw a post from Tim’s colleague, she’s been in NYC for holidays and last Sunday she went to Tim Keller’s church. She posted something that he had said during his sermon. He was talking about the man who goes to Jesus for healing for his son and one of the points he made about this passage was this ‘It’s not the quality of your faith, but your ability to cling to Jesus’.

That has stuck with me all week (well, at least the last three days since she posted it.). I have always felt a sense of guilt (yes, I did say guilt) over the fact that no matter how hard I pray for complete healing for Josh, for his heart, his stroke recovery and even his fear and anxiety, there is still no healing. I have often visualized the woman who reaches out to touch Jesus’ robe knowing that he could heal her, how she was healed by her faith, and I have always wondered… do I not have enough faith? Am I doubting? Is my doubt the reason that Josh still suffers anxiety? Still can’t use language like other kids his age? Still has a broken heart?

The last few days I have been sitting with this line from a sermon I didn’t even hear the extent of, just that one line. It’s not the quality of my faith, it’s my ability to cling to Jesus. It’s rolling around my head, a softly spoken reminder of a few things. If faith the size of a mustard seed can move a mountain then I have enough faith. That’s just the truth. I can’t expect God to heal Josh on my time schedule, and yet no matter how many times I have that realization I still fall back into thinking that I need to pray harder, do more, that I have control over this situation. I am not clinging to Jesus, I am clinging to my own power to change the ending of this story; and the truth is… I don’t have that power. So, who cares if I have enough faith, when I am not actually clinging to Jesus in the midst of the waiting?

The other night, in a desperate attempt to ease his fears and anxiety, we signed Josh with the sign of the cross, we touched oil to his head and we prayed for total healing for his health, both physical as well as mental. Then I gave him a cross made of olive wood that came as a gift for him straight from Isreal. He looked it over and immediately turned it upside down and announced it was a sword. It was a typical boy move, but it’s not far from the truth really. When we cling to Jesus, when we cling to what he did for us on the cross, then it is a sword and the battle has already been won.

So here I sit. Once more trying to let go of the reigns and allow God to do what he deems best, in his time, not mine. It’s probably the hardest of all lessons in life. ‘Thy will be done.’ At the end of the day I have to keep reminding myself to not worry about trying to fix things, but to hold on and cling to Jesus.