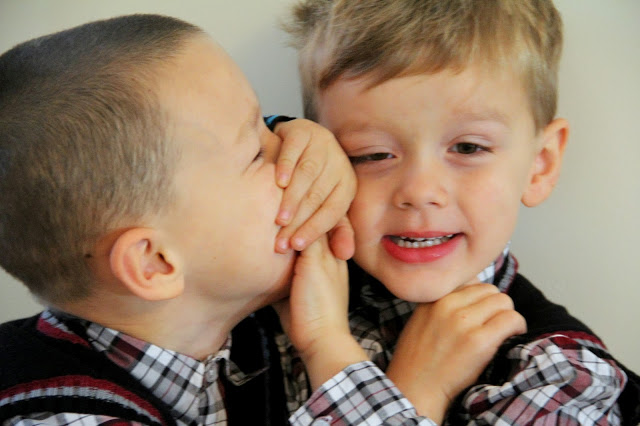 Kids. They are those amazing little creatures that awe us at every turn with their sweet hugs, powerful love and amazing cuteness and then seconds later make you wonder what the heck was wrong with you when you chose to have kids?!

The boys, on occasion declare a truce that lasts long enough to make you believe all is well but what is actually going on is a hesitant allied force against a larger evil (Mummy) which lasts as long as it takes to win and then one of them will break the treaty and once again declare war on the other. Peace deals brokered by those two are acts of war against me. The only time one of them makes a pact with me is when it is against their brother. The endless ‘Mummy, Kaleb hit me” or “Mummy, Josh won’t play with me” or “Mummy, he threw a ____ (name anything and it’s been thrown in this house) at me.” Some nights I can hear those calls repeating in my dreams like that song you can’t stop singing… You know the one right?!

The battle of the bunks… that’s a story in itself. The bottom bunk has now become a place of envy and every night there is a war to see who gets to sleep there. One night Josh got ‘smart’ and made sleeping on the floor seem like a great idea to Kaleb so they both made up little beds on the floor and then, once Kaleb had fallen asleep Josh quickly moved to the bottom bunk. At two in the morning Kaleb woke up, discovered Josh’s trickery and moved to the bottom bunk as well, thus waking Josh, and another battle ensued.

Just this morning I watched Josh try to leave the house in Kaleb’s pants (2 sizes too small). The little legs ended at his calf, the button barely did up, and I still can’t figure out how he managed to pull them up they were so tight on his legs. Alternatively Kaleb had Josh’s pants on, he walked through the house looking like a 13 year old whose pants are sitting under his bum, the legs so long he was tripping around the house. They were so pleased with themselves for picking out their own outfits that it was hard to ask them to change.

Occasionally Kaleb will have a moment of ‘kindness’ and ask for a cookie for Josh (knowing of course that he himself will get one if Josh gets one). One day I gave him the cookie for Josh and then moved about the kitchen as if I was done, it wasn’t long before Kaleb was tugging my leg and saying ‘but what about my cookie Mummy?’ They may be small but I have learned through experience that they are much smarter than we give them credit for. Whoever said kids are born sinless never had kids.

It’s funny to me, watching them think up ways to get what they want, or to trick their brother into something. You can actually see the wheels turning if you watch closely enough. Try it. Come over anytime you want (to babysit while I head to the spa for an hour) and see for yourself. These little people who that we gave birth too… they are masters at their game and worth of any opponent!

All that being said though. They are also the first to fight tooth and nail for me if Tim dares to tickle me, Kaleb particularly will launch at Tim, growly face and all, to defend his Mummy. If they see me sad, they are the first to come for a hug or snuggle and of course, to try and woo me back to my normal state with funny faces and giant whoops of laughter. If Josh is hurt (by someone other than Kaleb) then it’s Kaleb who is first to ask if he’s okay, the first to kiss the ouchie better, the first to say ‘don’t hurt my brother’. If someone dares take something from Kaleb (other than Josh) then it’s Josh who is first to dive in and get it back for his brother. Already at this young age I can see the men that we are raising and I have to admit. I am so proud of them. For all the angst of daily life with two young boys I wouldn’t trade a second of it. Wars and peace deals, whining and crying, fights and chaos and all!