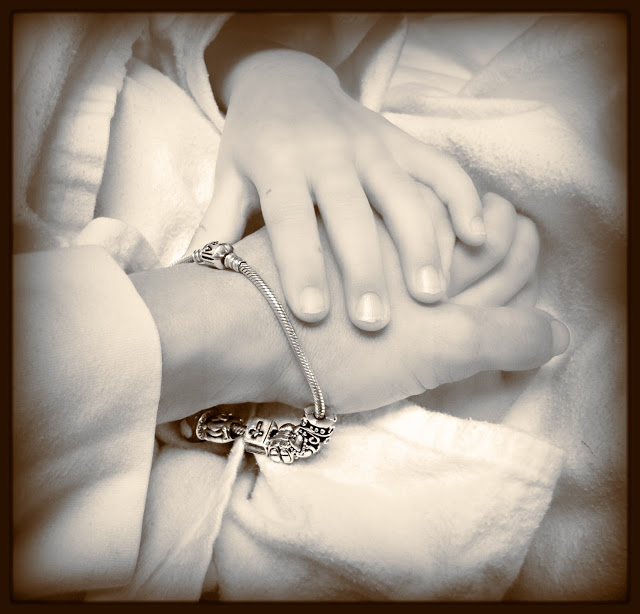 It’s been a while, as I thought it would be since my last post. We ended up getting the week of holidays at the cottage that we had hoped and prayed for. It was great weather, warm and sunny (for the most part) and other than a little rough patch at the start of the holiday that started with Josh’s body temp dropping to a scary 95 and Kaleb feeling crummy for a few days we had a good rest. We still aren’t sure, nor are the doctors, what caused Josh to get so ill but thankfully he rebounded and is again normal temp and doing ‘okay’. Kaleb’s cough (thank God) didn’t turn to asthma and we had a good time at Santa’s village, going to the beach and even getting in some races at the Go Karts place near our cottage.

We came home on Sunday, and yesterday we headed to Sick Kids for the pre-op. A lot happened, tests, results, talks with all kinds of people involved in Josh’s care. It was a long and exhausting day. Josh though was incredible. He bore the pokes for blood with only a small ‘ouch’ and lay still and quiet for the other tests making it all go smoothly and quickly. He came home last night and played for two solid hours in the sprinkler and laughed until bedtime.

For months now Josh has prayed every night for Jesus to tell God to fix his heart, it’s been worrying me because I know that his heart isn’t neccesarily ‘fixable’ but no matter what I say to him or how I explain it he continues to ask. Yesterday one of the surgeons told me ‘his heart function is pretty much normal, it’s the leaks that cause all the trouble. This gave me an idea. So I told Josh that his heart was not broken, just leaky… and the replacement valves can fix the leaks. So now, he is praying that Jesus tell God to plug the leaks, (a much more viable result to his prayers).

Today, we had an EEG to see if Josh is having seizures in his brain. It’s something that they feel could be stopping his development in areas like language, and would explain his moments of ‘staring off’ that happen. It’s apparently not unheard of for the area of the brain that was affected by the stroke to have scar tissue grow and cause these mini seizures, and it would explain why he isn’t healing as quickly as he should from the stroke. If this is happening, it can easily be fixed by meds. So, we went again to the hospital and again the poor kid had to undergo tests. He wasn’t happy about it, that much was clear but he sat through it, toughed it out and got a treat when it was over. By the time I got him home I thought all was well but tonight when I put him to bed he was angry with me. I asked him to say his prayers and he said ‘no’. So I asked him why he was angry with me. His response was explosive. “because I don’t want any more hospitals, and no more prayers and no more you’ and he turned his back to me and said ‘go away’. Ugh, how the heart breaks to hear those words but what was I to do? I couldn’t leave, he’s my son and no matter what he says I love him beyond anything I can imagine. So I got into his bed and lay beside him, not touching, just close enough that he could feel the heat of my body. I talked with him about the unfairness of his lot in life, I told him I understood his anger, I explained why we had to go to the hospital and I promised him that tomorrow we would stay home all day, no hospitals. He looked at me then, and asked me ‘no hospitals?’ so again I promised him that I would not take him to the hospital tomorrow. This cheered him a little and gave him something to think about. Then I said ‘I know you don’t want to pray tonight, and I won’t make you, but can Mummy pray for you instead?’ and he agreed. So I rested my head close to his and wrapped him in my arms and I prayed, hard, that God would grant him peace, that God would give him strength, and I thanked God for his bravery, his patience, and even his leaky heart. By the time I crawled out of his bed he was almost asleep and when I leaned in to kiss him goodnight he whispered ‘I love you Mummy’. Amazing how those words can heal a whole host of hurts, if only my words to him could heal the same way. I wish I could whisper “I love you” to him and know that my words would heal him. How much pain, fear, anxiety must this little boy face and feel? If only there was a way, just for a little while, that I could make it all go away.

He’s braver and stronger than a child his age should need to be, and as his Mum I ache knowing I can’t do a thing to help him. Not one blessed thing. I feel like him sometimes ‘I don’t want to pray, I don’t want anymore hospitals’ sometimes I want to scream that it’s pointless… but then I hear the whisper, the ‘I love you’ before he drifts to sleep and I know that I will pray, and I won’t stop. I know that I will do whatever it takes for as long as it takes and that each day is a new day, each day is a gift, each day I will receive exactly the right amount of strength, grace and patience that I need to keep going the distance. This is not a sprint but a long distance marathon and though exhausted I pray for endurance to keep going, for Tim, for me and for those two precious kids sleeping upstairs.