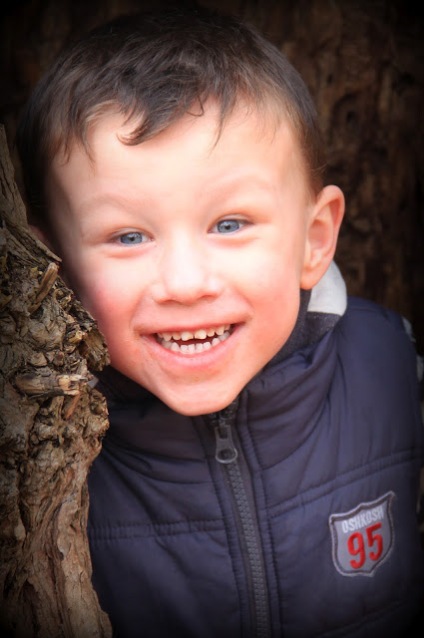 Sometimes waiting with patience is like bashing your head against a wall… and sometimes hope gets lost in the mundane rituals of life. I have been watching Kaleb develop in giant leaps these days, it’s been amazing and heart breaking at the same time because it won’t be long before Kaleb is speaking more, understanding more than his big brother. Kaleb learns things naturally, things that I have had to spend hours teaching Josh, and at times I feel that he understands more than his brother already. Just yesterday I got a note from his teachers, they are noticing that they are needing to ask him a question two or three times before he understands what they are asking, and though he does eventually understand it has taken a number of tries. Yet I also see him making leaps, he told me just this morning ‘I want watch more TV’ a sentence I have been working on him for weeks to ask. This is where I both smile and bang my head at the same time. Will he ever speak without all the hours of work? What is causing this serious delay? How long until he can hold a conversation? I watch his gains with pride but deep in my heart there is a fear that he will never speak normally, he will never be able to really TALK. At what point will we see him move beyond this delay? Will he?

I have lamented about this before, it’s not new. I have heard from many of you about the struggles you face with your own children and speech delays, and it comforts me, it frees me to know that Josh is not alone, that I am not alone, but deep down, in the darkest corner of my heart I feel fear, and sometimes at night, when the lights are out and the unknowns in the shadows come out to play, I lose hope and worry settles in.

When we have asked for and received so many miracles I feel ungrateful asking for more, and I feel petty worrying about something like Josh’s speech, I feel boring writing about it yet again… I worry that God has bigger things on his plate than the voice of a little boy who has already been given so much. Yet I can’t stop myself from begging God for yet one more thing, one more request. Healing for Josh… wholeness for Josh in all areas of his life, his heart, his delays, his voice.

One thought on “Lament”