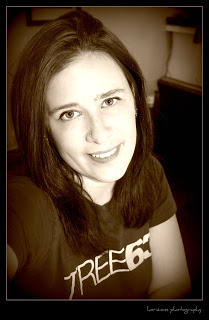 If you have kids then you know what it’s like when I say that our car is a disaster! There is cookie residue in every nook and cranny, there is dirt, snot and even vomit stains from our various forays with a car sick Kaleb. Add in there the wonderful salt from the winter and coffee stains and you have s royal mess! So, it was with this in mind that I purchased a Living Deal for car detailing for Tim for fathers day.

This afternoon Tim worked from home so that I could go and have it cleaned. I drove the 45 minutes north armed with a book to cash in the deal. My appointment was for one o’clock, I arrived at 12:40, and saw that there were two cars in front of me. I knew that the wait would be long but figured it would be worth it when I drove home in a car that looked and smelled like new. I ventured out of the garage, leaving my keys and car behind me and wandered for 30 minutes before finding a plaza that had some shops and a hair salon. I promptly went in to the hair salon and proceeded to have my hair washed, cut and styled, then I began the arduous task of shopping (don’t kid yourself it’s arduous when you have no intention of buying anything). After roughly an hour and a half the Kleen car company called me and said that they were delayed but had started my car and wanted to know if I wanted the carpets shampooed for an extra 20 bucks. I told them to go for it, and they told me it would be about 2 hours. So I wandered some more and found a Starbucks where I got an iced tea and read my book for awhile. Boredom had me moving along and I found a Superstore to shop in for a few needed items. It was as I was leaving the Super store that I received another call, telling me that they were backed up and the car was still two hours from being finished, did I  need my car? Now, how do you answer that question? I have been wandering around aimlessly in a strange part of north Toronto for over 4 hours, YES I need my car! I explained that I was without transportation home, and that I was wandering around until they gave me car back. With that he promised to do everything he could to hurry it along but still claimed it would take about 2 hours. I found a Winners and crawled through that place for an hour and then out of total boredom I decided that I would head back to the garage (I had wandered about 45 minutes away at this point so I figured that by the time I returned the car would be in the final stages.

Yesterday was hot, 33 with the humidex, and that walk took a lot of my strength out of me. By the time I got to the parking lot I was hot, tired and my back hurt from carrying a heavy backpack. I could see the car in the distance, it was off to the side so my excitement grew, it must be finished! As I neared the car however little fingers of agitation started to tickled the back of my neck. There was dirt on the wheel wells, as I got even closer I could see smeared children’s finger marks on the back windows, and then the guy who was washing another car looked up at me. ‘Is that your car?’ he asked. I answered in the affirmative, immediately on guard, sensing a problem. ‘I haven’t even started it yet.’ He told me bluntly, without apology, with a shrug of his shoulders.

I tired to speak with the guys but they wouldn’t talk directly to me, they spoke another language to each other (probably about me, and probably not nice, I still find it so rude when people do that even if they are only talking about the weather, it’s rude!) Finally they phoned the manager and shoved the phone at me. I told the manager the story, shared my anger and frustration and asked how he would make it right, he didn’t say a word to me, simply asked to talk to one of the guys. I couldn’t believe this! No one would be straight with me, no one would speak to me! Finally, after the guys conferred with the manager they gave the phone back to me and the manger in all her ‘generosity’ told me he would give me my taxes off, and not charge me SUV status?! I don’t even drive an SUV I said, and then he got really rude and condescending with me telling me basically I was just a women and of course it was an SUV, that if the trunk is a part of the car then it’s an SUV, I asked him about the hatchback and he didn’t respond. I explained that I had already paid and had no intention of paying any more and he then told me that he would no longer deal with me then, that I could take the car home. Then he hung up on me.

Fury snaked through my gut, now no one would talk to me, the young guy who took my keys told me that I would need to get my money back from Living Deal, that they would not be cleaning my car, and then tried to walk away. I started to yell at him as he walked away that they had to give me my money back but instead he turned and screamed in my face that it wasn’t his fault, why was I yelling at him? Why was I ‘disrespecting’ him? Unleashed I began to yell at him right back, talking about how he had disrespected me by lying to me, promising my car was being worked on for all those hours when the reality is that he had yet to start it. He just looked at me and said ‘I didn’t do it, it’s not my fault. When I asked him who had called me, he got in my face and yelled ‘do you want me to do an investigation?’ to which I replied with a simple yes, so he starts screaming into the shop ‘who called her’ although of course no one would answer him, nor were they meant to. He threw my keys at me and said that I paid living deal so they would have to give me money because he wouldn’t.

As I walked to my car the young kid who was cleaning the cars approached me and said quietly ‘I just started working here mam, there was a real screw up, if you have the time I want to make this right and clean your car’ I told him okay and he went to ask the ‘guys’ if he could, he came back and said ‘they won’t let me’ although I had heard the real explicative myself and already knew the answer. I asked him about the money and he said that he was sorry but they refused to give it to me. This kid, the only one of four guys in that garage cleaning cars with  three cars on the lot when I arrived, four guys and not one of them got their hands dirty to help out this poor kid doing his summer job. The kid, probably still in high school was the only one of them who had any sense of morality, right and wrong, of making it right.

So here I sit. No money and a messy car. Kleen Car at 855 Alness http://kleencar.ca is a scam, two other people approached me after I had my keys again. One guy had been told that they could (for a hundred bucks) fix a scratch in his car (they have a professional buffer you know). So they proceeded to take the buffer to his car, scratching away the paint and the car owner finally stopped them, showing them the damage their response was simply ‘you have a balance of $100). Another girl sat and waited for 8 hours in the scorching heat a few weeks back.

I won’t lie to you, I got back in my car feeling (for lack of a better word) ‘victimized’. Tears fell and I didn’t know what I should do. It was while I was sitting in my car that I noticed the owner of the red car (with the 2pm appointment). He was a well dressed business man, I couldn’t help but wonder if I had been a man dressed in a suit if my one o’clock appointment might have been slightly more important, maybe one of the three guys there not working would have picked up a sponge to help the only guy who was actually working.

To quickly follow up – Living Deal has really impressed me with their response to my claim, not only refunding the money but also giving some credit as ‘pain and suffering’ and promising to further look into the situation.

One thought on “No money, No clean car”