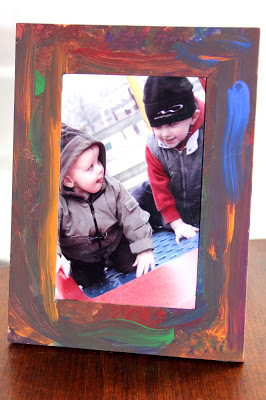 Josh has never until now been interested in colouring or crafts of any kind, I had thought that he just wasn’t interested in the creative arts so I didn’t push it, regardless of my own standing as an artist. I figured he was more his Father than me, and my hopes would lie in his brother. However, this past two weeks I have seen him develop an interest in painting, and colouring. He will sit and colour for an hour at a time, and his painting is done with patience and it would seem a detail to colour. He dips his brush carefully into the paint and he gently touches the paper, careful to stay on the paper or today it was a wood picture frame. He scribbles yes, it’s not a clearly defined picture, but then let’s go to the MOMA for an afternoon and stare at the dozens of other ‘scribble artists’ shall we? Is he the next big thing to strike the art world? Maybe not, but it caused me to wonder something that I have always sort of wondered about. Is art an innate thing that we have or don’t have or is it something that can be learned? I would have said that you can’t teach artistic style, that you can teach the mechanics of it yes, but can you train an eye to see something artistic? I am not sure, I haven’t ever been sure. Photography is an art form unto itself in that anyone can pick up a camera and take pictures, claiming it’s art BUT is it really art? You can teach them how to work the camera, teach them about composition and balance and light but can you teach them to look at the world and see art in the tiny details that God has created? The raindrop on a leaf? The mud on your kids boot? The light hitting the fence in just the right way? Is it just a picture without the feelings, without the emotions that are caught in the picture when taken by an artist? What makes one an ‘artist’? I don’t know but I would like to know and I would like opinions on the matter. 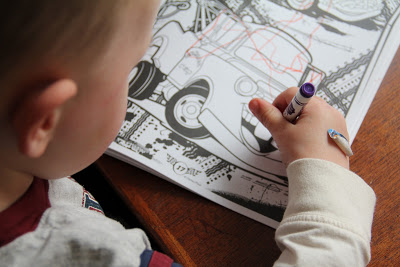