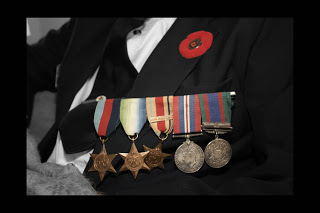 Today we celebrated Remembrance day at St. Paul’s. The Queens own Rifles marched past in an impressive display of military pride, a marching band announced their arrival and then the sound of the trumpet reminded us why were there. Why we remember.

We all have stories of remembrance, we all know someone either past or present who either gave their lives or were willing to give their lives so that we might know freedom. My heart aches for the mothers of the men who were lost in the World Wars, and I shed tears for those who travel the highway of heroes in the more recent war on terror. Both of my Grandfathers fought in WWII and while I didn’t know my paternal Grandfather I have heard many stories of his war hero days. My maternal Grandfather often shares stories of his time in the Navy, most of his stories are tales of the men and the brotherhood they found while fighting overseas but occasionally he shares something more, occasionally you see that there had been fear, terror and a deep regret and sadness at the lives that were lost. 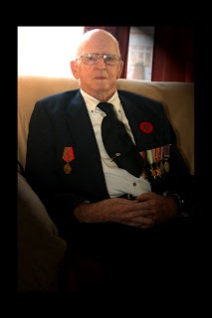 Our Pastor talked about a man today that he knows, someone who survived against all odds and is left all these years later to ponder the question, why me? Why did I survive it? I am sure it is a question that lingers in the minds and hearts of all soldiers through out the world, why my friend, why my brother, my sister, why not me? Could I have done something different? Could I have put myself in the path of death instead, could I have done something to save them?

Through out time war has been a brutal reality, we have seen the images through out our lives, we have watched movies depicting the old wars, the loves that were lost, the tales of heroism and the shocking horrors of those evil ones who took advantage of the war to act out their cruelty. We have heard these stories, seen these movies, documentaries, read the books and listened to our loved ones tell the tales, but why?

My friend was asked that today by a camera man who was covering the story for Global News, ‘why should we remember? Why is it important? I have been thinking about it, wondering for myself why. Why should I continue the tradition of memory in my own children? I am left with one answer, one thing above all else. These men and woman have put my life, my freedom, my family ahead of their own. They have stepped up, taken arms, to fight injustice, to fight terror, to fight against the hopeless to offer hope to those who cannot fight for themselves. By remembering them we have said ‘Thank you’, we have said, ‘we recognize the suffering you have undergone, the time you have spent in the mud and dirt, the time you could have been at home, in the comfort of your loving family’ and we are saying to them that we honour them, we honour their sacrifices, their physical pain, their emotional pain that in some, like my Grandfather, has never ended, and we honour their willingness to do all of this for someone they don’t know.

On the field that day
crouched a man holding a friend,
his arms wrapped tightly
around this brother in arms,
tears mingle with blood
his heart spills the ache
that this friendship is over,
this life is gone.
He kneels in the dirt,
his uniform stained red
the mud pooled at his feet
a vile mix of dirt, tears and blood.
He holds tight,
clinging, not wanting to let go,
not wanting to say goodbye,
not wanting to forget.
Laurie Haughton

Please, make sure you take time this week to remember the people long past, the people who we have lost so recently and the men and women who will stand for us in the future and fight to maintain our freedom.